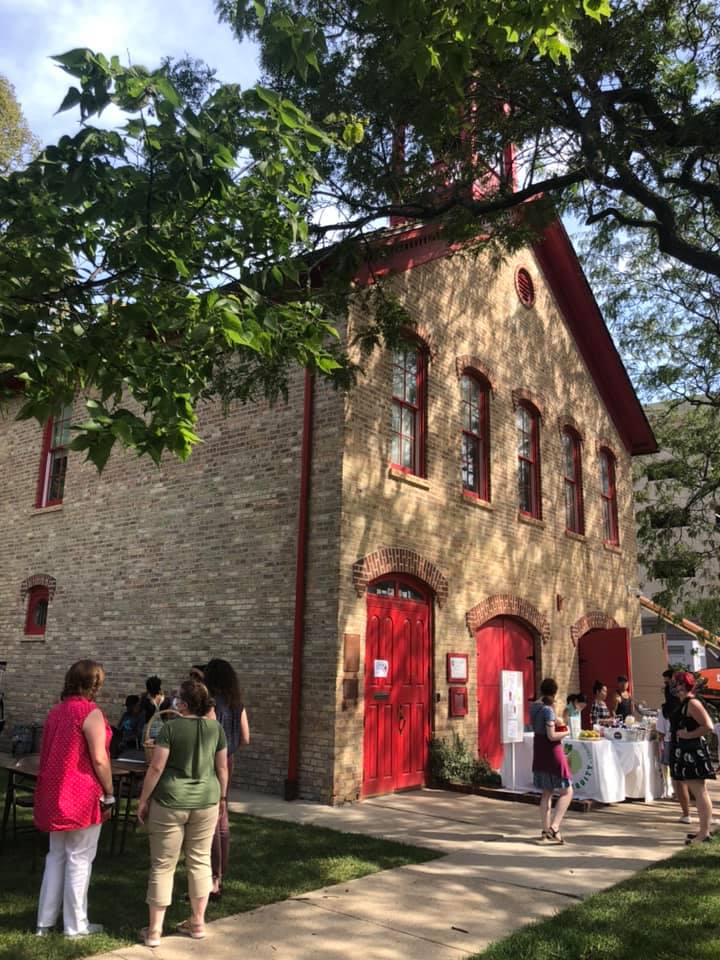 Holocaust Memorial at Village Green
The monument was designed by Bert Gast and erected for the six million Jews and other victims of Nazism.

It was in the summers of 1978 and 1981 when a neo-Nazi group decided to hold a demonstration in the Village of Skokie. Skokie was chosen as the location because it is the home of 7,000 Holocaust survivors, more than in any other suburb of Chicago, including the city proper. But in Skokie, the neo-Nazis met with an unexpected resistance. The newcomers in Skokie were organized and determined not to let it happen again. Also, the gentile population of the village, with its determined Mayor Albert J. Smith and village Board of Trustees, were squarely behind the Holocaust survivors. After numerous court battles that led all the way to the Unites States Supreme Court and a major counter demonstration by the survivors, the march was called off.

This dramatic event so inspired the outside world that a television version of the event, with Danny Kaye in the main role, was aired for the whole world to see proving that with determination and the support of the people, hate and racism can be overcome. This realization also galvanized the Sheerith Hapleitah, or so-called Holocaust survivors to erect the monument that was unveiled in 1987. See more information about the monument.