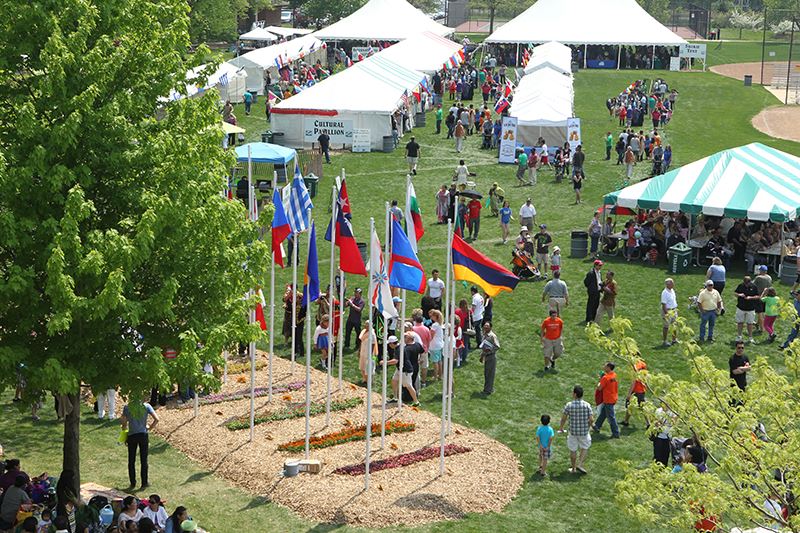 Visitors to the annual Skokie Festival of Cultures can take a weekend trip around the world, right in Downtown Skokie! The event started in 1990 and is held on the weekend before Memorial Day at Oakton Park, 4127 Oakton Street. The two-day outdoor event features ethnic entertainment, food, dance, informational booths, an international bazaar, sporting games and more. It is typical for more than 30 countries or cultures to participate, and entry is free. See more information about the Skokie Festival of Cultures and check out the We Are Skokie! video filmed at the 2017 Festival of Cultures.

The Village’s annual Memorial Day observance is held in Downtown Skokie, usually on the Village Green at 5155 Oakton Street. Typically scheduled for late morning on Memorial Day, this moving observance includes presentation of the colors by the Skokie Fire Honor Guard, comments from local veterans and clergy, live performances of patriotic anthems, a 21-gun salute by the Skokie Police Honor Guard and concludes with a playing of Taps. Final scheduling is always posted on the Village webpage by mid-May. 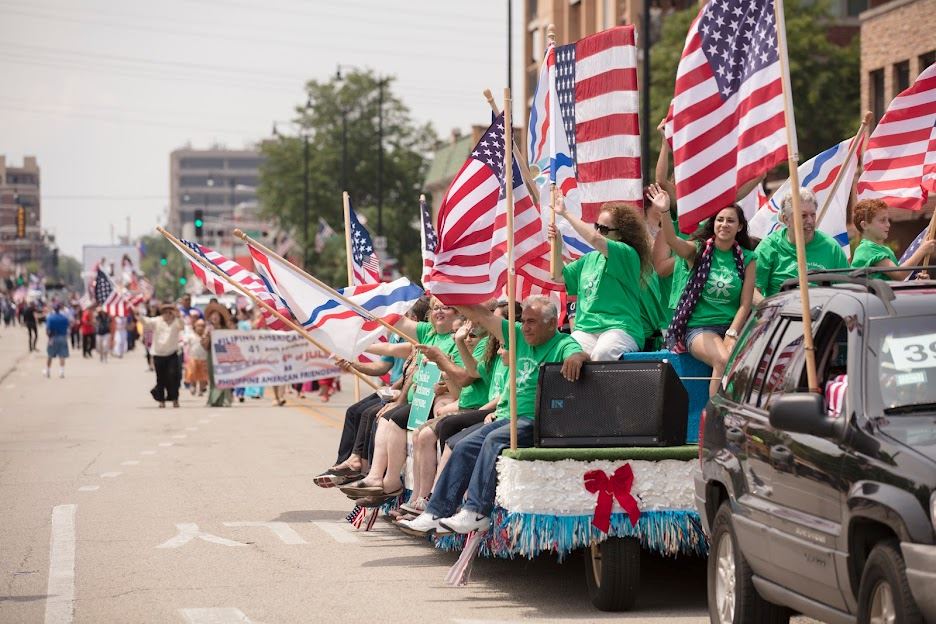 The Wednesdays on the Green summer outdoor concert series offers free, outdoor family-friendly musical entertainment on the Village Green, 5155 Oakton Street, every Wednesday evening during the summer months. This fun community tradition draws residents and families of all ages who bring lawn chairs or blankets, picnic dinners and desserts and, often, their dancing shoes! Sponsored by the Village of Skokie, Skokie Chamber of Commerce, Skokie Public Library and other community partners.

Downtown Skokie is the heart of the Village’s annual Fourth of July celebration, with the annual Fourth of July parade kicking off at noon from Oakton Community College on Lincoln Avenue before proceeding north on Lincoln Avenue and then east on Oakton Street past the reviewing stand at Oakton Park, 4701 Oakton Street. The colorful parade celebrates Independence Day with a variety of local, regional and national marching bands, vibrant floats, clowns, scouts and many other delights that add up to a much-anticipated, cherished annual event. See more information about the Skokie Fourth of July parade.

Skokie’s Backlot Bash is a three-day party in Downtown Skokie! Started in 2008, this super-fun weekend is held on the 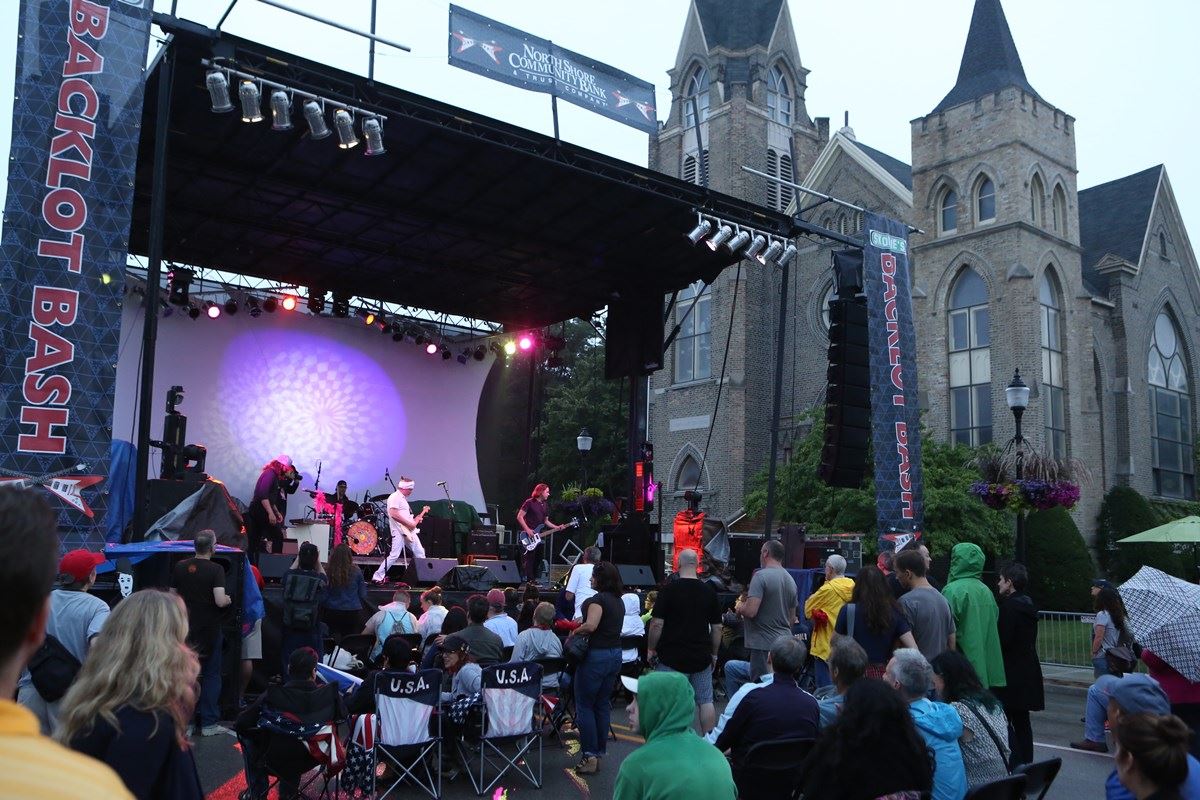 Be on the lookout for small ghosts and goblins, along with superheroes, princesses and more at the annual Downtown Skokie Trick-or-Treat held on the Saturday before Halloween. Each year, the Skokie Chamber of Commerce and Village of Skokie partner with Downtown Skokie merchants and restaurants to host this early-afternoon event that draws thousands of children and their families to begin their Halloween celebrations.