During 2021, the Village’s Health and Human Services had administered nearly 32,000 COVID-19 vaccinations and had 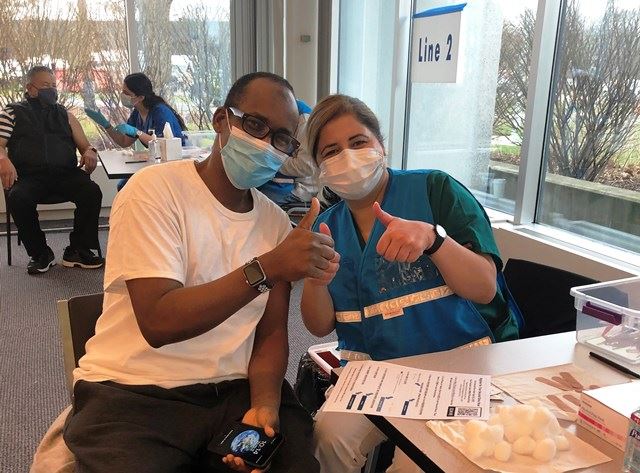 given an additional nearly 11,000 doses to Skokie healthcare providers. Clinics began in January and continue to present, with weekly clinics for adults and now, children. Staff from all Village departments and divisions, and from both the Skokie Park District and Skokie Public Library assist with the effort in addition to volunteers from the Medical Reserve Corps and the community. In early fall, the Skokie Board of Health gave Partners in Public Health awards to Arie Crown Hebrew Day School for generously donating the clinic space at 7770 Frontage Road, and to Hatzalah Chicago, North Park College and Oakton Community College for their generous volunteerism that made the Village clinics possible.

Seating of New Village Board

In late April 2021, the newly-elected members of the Village Board were sworn in for four-year terms, including Mayor George Van Dusen, Village Clerk Pramod Shah and Trustees James H. Johnson, Khem Khoeun, Ralph Klein, Alison Pure Slovin, Keith A. Robinson and Edie Sue Sutker. The Village Board meets on the first and third Mondays of each month at 8 p.m. at Skokie Village Hall, 5127 Oakton Street. 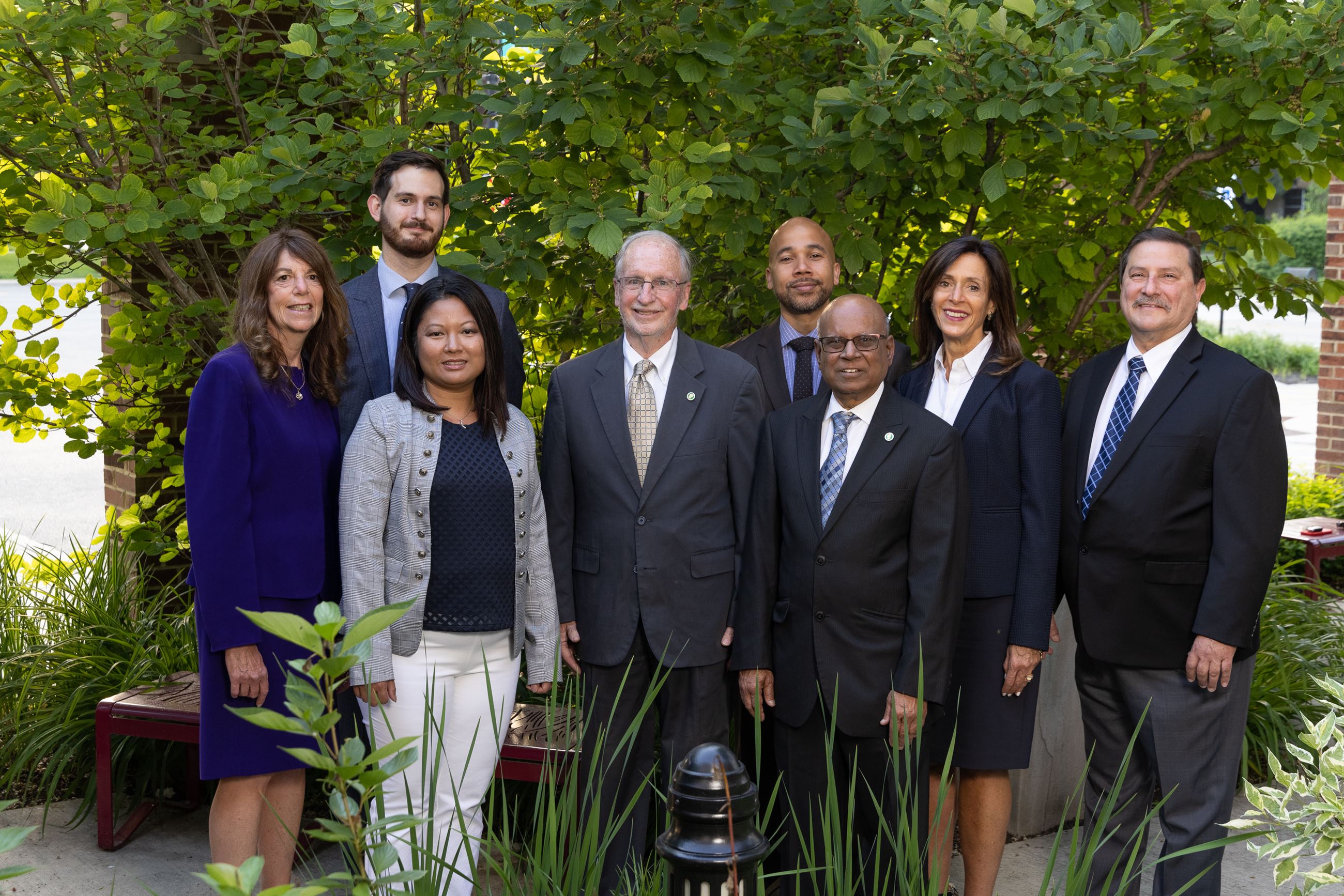 In May 2021, the Village’s Fire, Health and Human Services and Police Department collaborated on a pilot program during which social workers responded to certain emergency calls along with Fire and Police Department staff. The outcomes from the pilot initiative proved successful that a two-person Co-Responder team is now in place to respond to individuals in crisis during emergency response, linking them to services, monitoring them after the initial emergency response and following up about ongoing service needs. The team consists of one crisis-trained, experienced social worker and an experienced police officer who has completed Crisis Intervention Training for law enforcement. 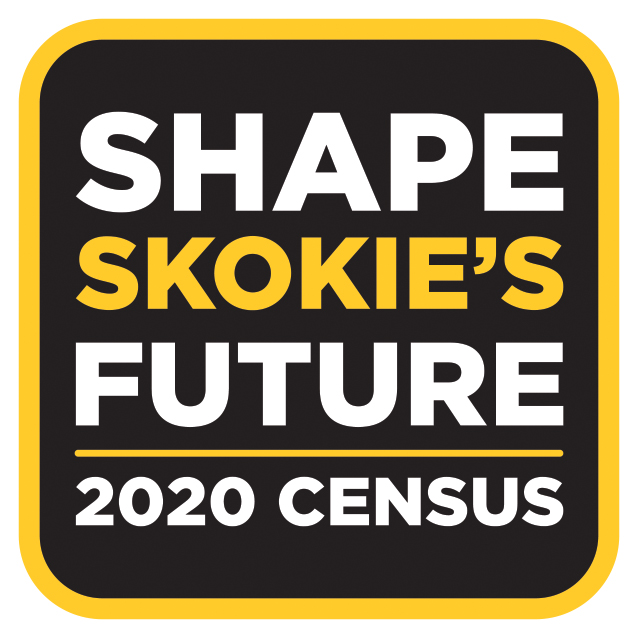 In late summer 2021, the State of Illinois certified the 2020 Census results with the Village’s population at 67,824 residents. This represents a 4.7 percent increase over Skokie’s 64,784 population from the 2010 Census. Village staff worked with the Census Bureau for over two years to inform the community and ask residents to take part in the census count. Numerous community partners assisted in the effort. The Census Bureau is continuing to compile 2020 Census findings and full municipal-level housing and demographic data is expected in late spring 2022. 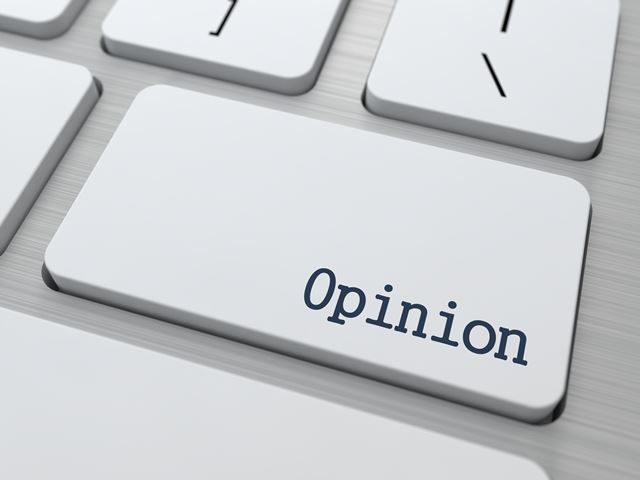 in partnered with the National Research Center and Polco to conduct a survey of Skokie residents as the Village has done every three years since 2003. One component of the 2021 initiative was a ‘benchmark’ survey that was issued to some 2,700 Skokie households in early October as well as a separate ‘all community’ online survey open to the entire community for 15 days in early November. The only difference in the survey instruments was a zip code question at the beginning of the online version to establish residency. The survey results will be announced to the community in spring 2022. 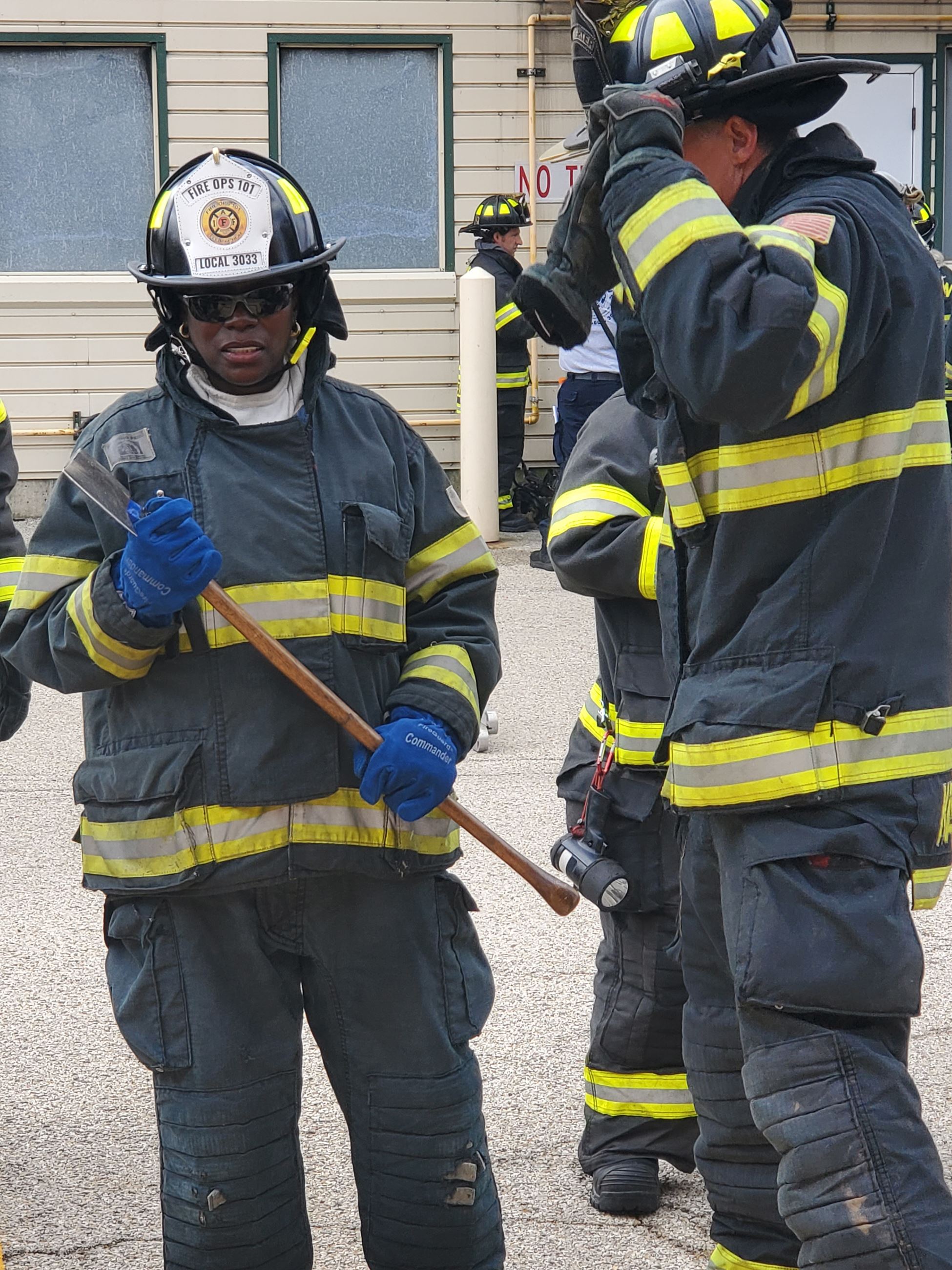 In late September 2021, a total of 17 officials from the Village of Skokie and City of Evanston, as well some Skokie-area State of Illinois officials, participated in a morning-long “Fire Ops 101” training session at Skokie Fire Station 17. Activities included climbing a ladder to the fire training tower, managing a firehose, performing CPR, using the “Jaws of Life’ extrication equipment, breaking open a simulated roof using axes, gearing up and entering the training tower with a simulated fire in progress and more. Each official was paired with a firefighter who worked with them throughout the event that demonstrated the rigors of protecting the community from fire.

Re-branded in early 2021 as Highpoint at 8000 North, construction on the project at Oakton Street and Lincoln Avenue continued throughout the year. The building will feature 153 luxury rental units, a rooftop terrace and numerous other amenities. The developer reports that more than 1,100 individuals are on the list to receive pre-leasing information, which is expected to begin by the end of 2021. Occupancy of the ground floor commercial spaces is projected for summer 2022. 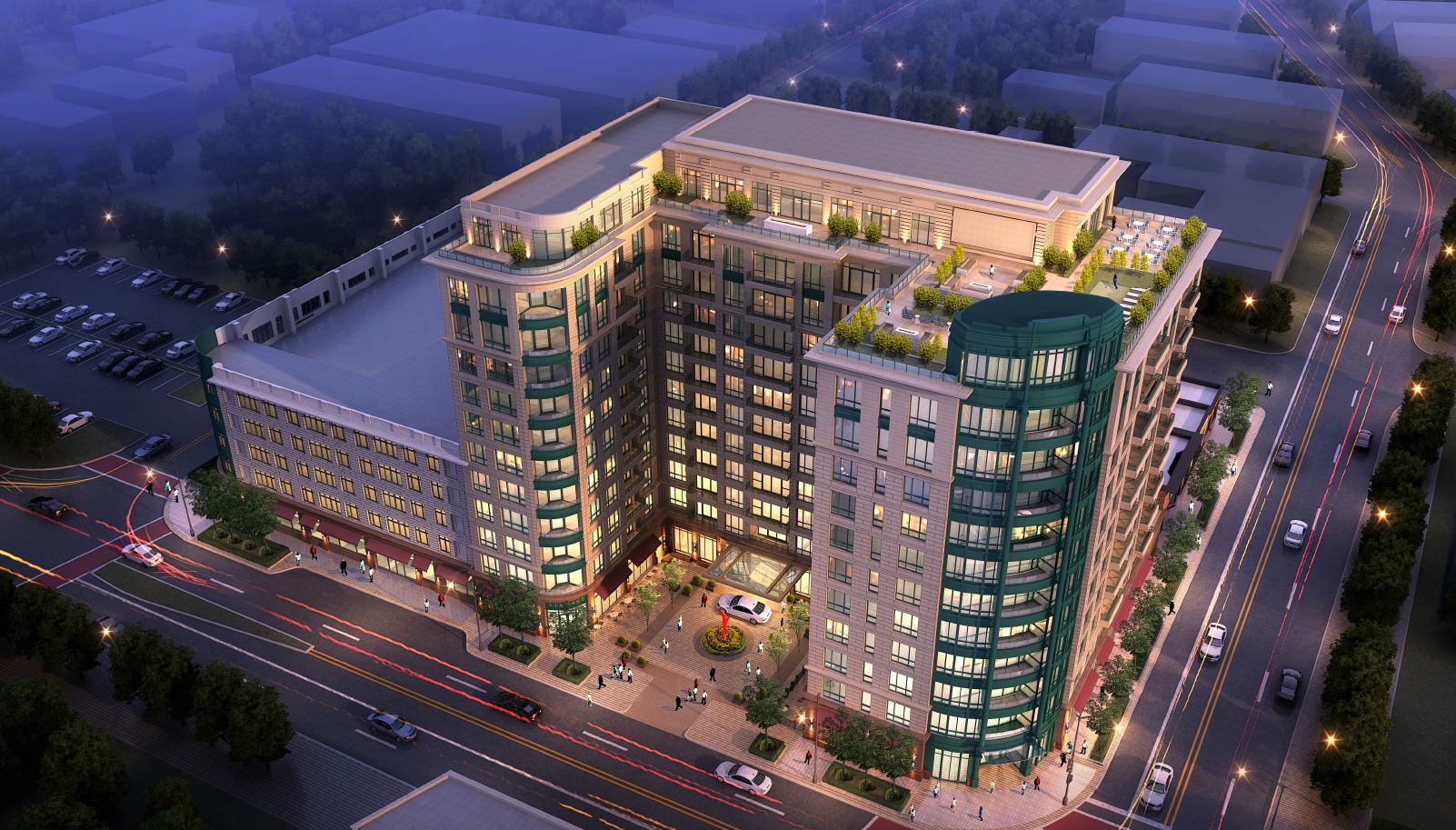 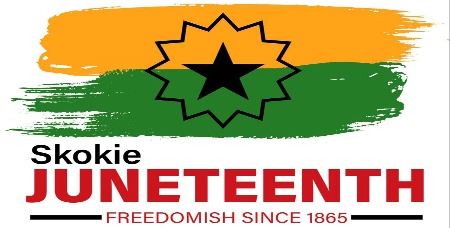 The Village joined Skokie United, the Skokie Park District, the Skokie Public Library and other community partners in the first-ever community Juneteenth celebration on June 18 and 19. This 156-year-old holiday celebrates the emancipation of African Americans from enslavement. Hundreds of community members enjoyed activities throughout the weekend, including a moving opening ceremony on the Village Green, activities at Devonshire Cultural Center as well as live performances and a special “Freedomish” beer from Sketchbook Brewing Company. 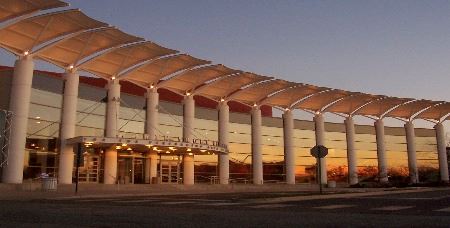 In early summer 2021, after COVID-19 audience capacity limits were lifted by the Illinois Department of Public Health, indoor performances resumed at the North Shore Center for the Performing Arts in Skokie. Numerous comedic and music productions occurred in the Center theater, and Northlight Theater resumed its theatrical productions in the North Theater. In June, Music Theater Works, the Center’s newest resident company, started their inaugural season with a blockbuster production of Mamma Mia!, followed by Ragtime and Billy Elliott. 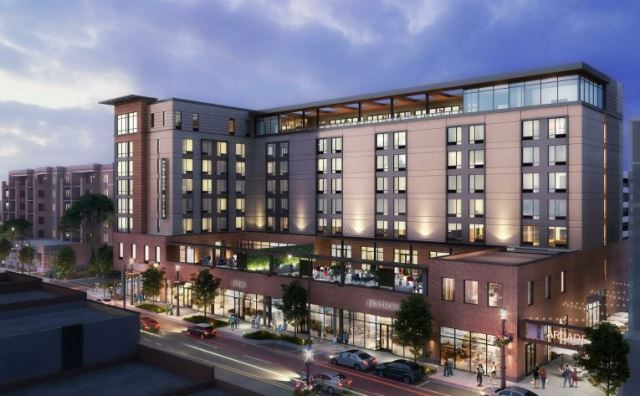 Mixed-use development in Downtown Skokie continues at a robust pace. A multi-million development project at 8110 Lincoln Avenue will bring 18 new upscale apartments and 2,628 square feet of commercial space to the site which will be occupied by the developer Nea Maya’s showroom and offices. A continuing project by Kandu at 8163 Lincoln features four new townhomes and 2,000 square feet of commercial space. Both projects are expected to be completed by mid-2022. The last remaining units in the Luxury on Lincoln 16-unit townhome development developed by Nea Maya were sold this year following construction that began in 2020. Northfield Group Ltd. completed the BLVD, a $12 million, 40-unit (all two bedrooms) mixed-use project at 8025 Skokie Boulevard in early 2021, began pre-leasing in March with all of the units leased by June 2021. 8039 Elmwood, an eight-unit boutique luxury condominium project, will be welcoming Downtown Skokie’s newest residents by year’s end with only one unit remaining for sale. Financing is in place for the new Downtown Skokie Homewood Suites by Hilton (pictured) that will feature 141 rooms, luxury amenities, conference facilities and a rooftop bar and pub. Construction is expected to begin on the hotel, new public parking garage and improvements to Oakton Terrace by spring 2022 with anticipated completion by early winter, 2023. 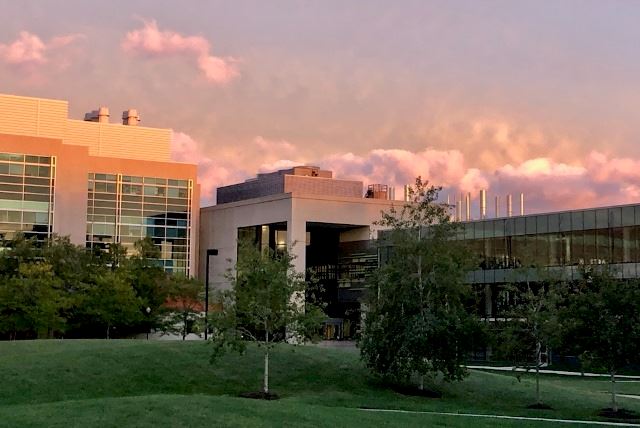 American Landmark Properties completed the exterior renovation of 8030 Lamon Avenue in 2020. This building will be the future home to one or multiple life sciences companies that will occupy the 146,000-square-foot building, with completion of interior improvements expected by spring 2022. The Village was instrumental in helping secure a $12 million grant from the State of Illinois for this project. Additionally, two new owners purchased ISTP properties in the Park this fall: TopMed purchased the fully leased property at 4901 Searle Parkway and Singerman Real Estate purchased the fully-occupied life-science buildings at 8045 and 8025 Lamon Avenue. 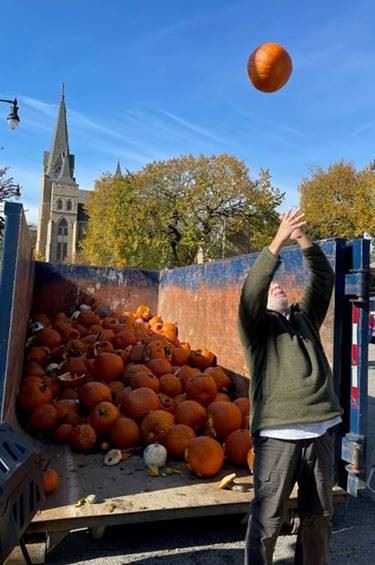 The Village’s commitment to sustainability gained further traction in 2021. The Sustainable Environmental Advisory Commission (SEAC) launched a community waste reduction study and invited Skokie residents to submit their ideas to both increase sustainability and reduce the amount of waste going to landfill from Skokie homes. The study results are expected to be announced by early 2022. In late October, subscription-based Collective Resource Composting advised that some 233 Skokie households and six businesses are subscribed to the program and are diverting 6.5 tons of food scraps and other compostable waste each month. In early November, Skokie residents brought a total of 3.13 tons of pumpkins to an SEAC-sponsored pumpkin recycling program, smashing the previous record of 2.4 tons set in 2018.

More than 60 block parties were organized in Skokie during 2021, by contrast to only 19 in 2020. The Human Relations Commission gave four block party of the year awards to the neighbors in in the blocks of 9500 Drake Avenue, 5200 Hoffman Parkway, 5300 Suffield Court and 7800 Tripp Avenue. 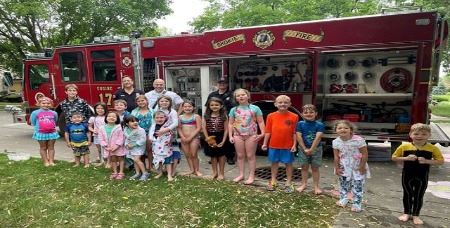 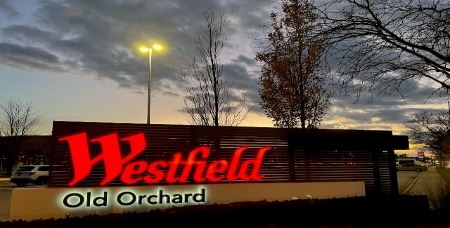 In 2021, the Apple store welcomed a record number of patrons, having relocated and doubled its original store size in 2019. Peloton also tripled their original store size and moved to a new flagship location in the mall. Exciting new retail tenants opened including Aerie, Travis Matthew, Madison Reed and Purple Mattress as well as One Medical, a popular and expanding concierge medical office concept. Westfield installed new electric charging stations and will welcome popular Loop restaurant Bar Sienna to be located next to Nordstrom in early 2022.  In early December, 2021, the Village approved a Cook County 7b Resolution of Support for the 116,800-square-foot vacant Lord & Taylor property and set a January 18, 2022 public hearing date for the consideration of a proposed Business District to implement a multi-million dollar investment improvement plan for the Shopping Center. 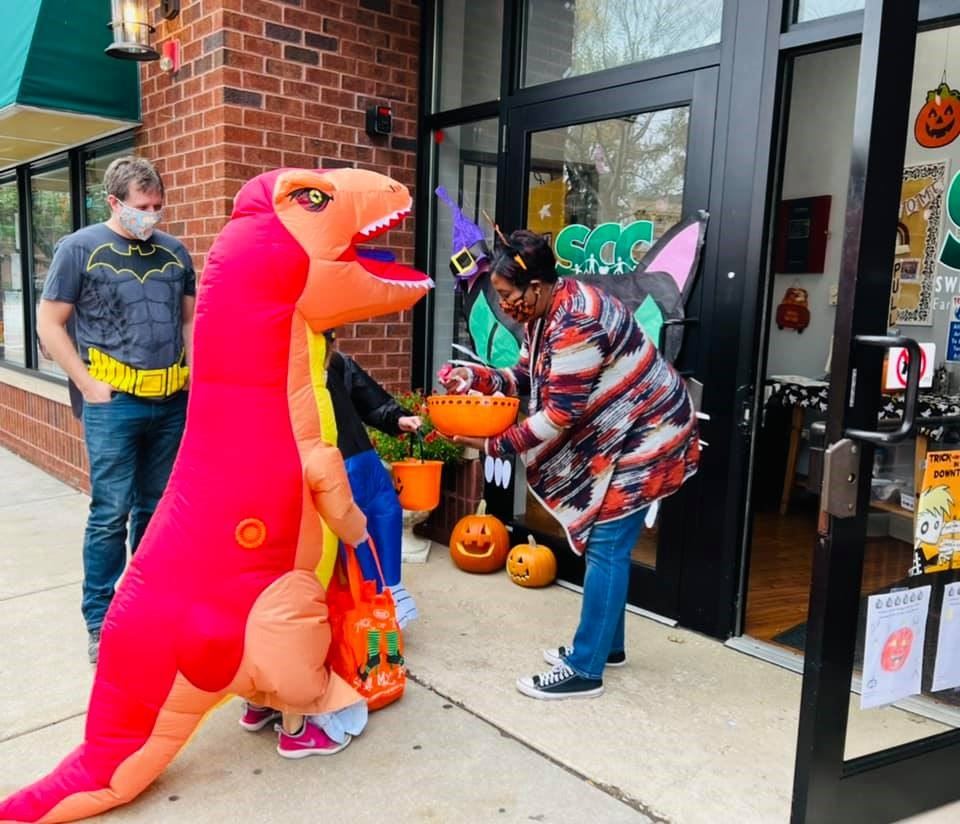 Downtown Skokie was the place to be on Saturday, October 30, with an estimated record-setting 1,500 children receiving over 25,000 pieces of candy and other surprises from more than 45 businesses up and down Oakton Street, Lincoln Avenue and Warren Streets! Overheard between two passersby: "So THIS is the Skokie you’ve always talked about!” Children in costume and their families enjoyed live DJ music and a festive fall balloon arch at Krier Plaza, climbed aboard the popular Skokie Police COPS haunted vehicle, and admired the over 330 Halloween-themed posters in storefront windows created by the talented students at Skokie School District 69 Madison and Edison Elementary schools.