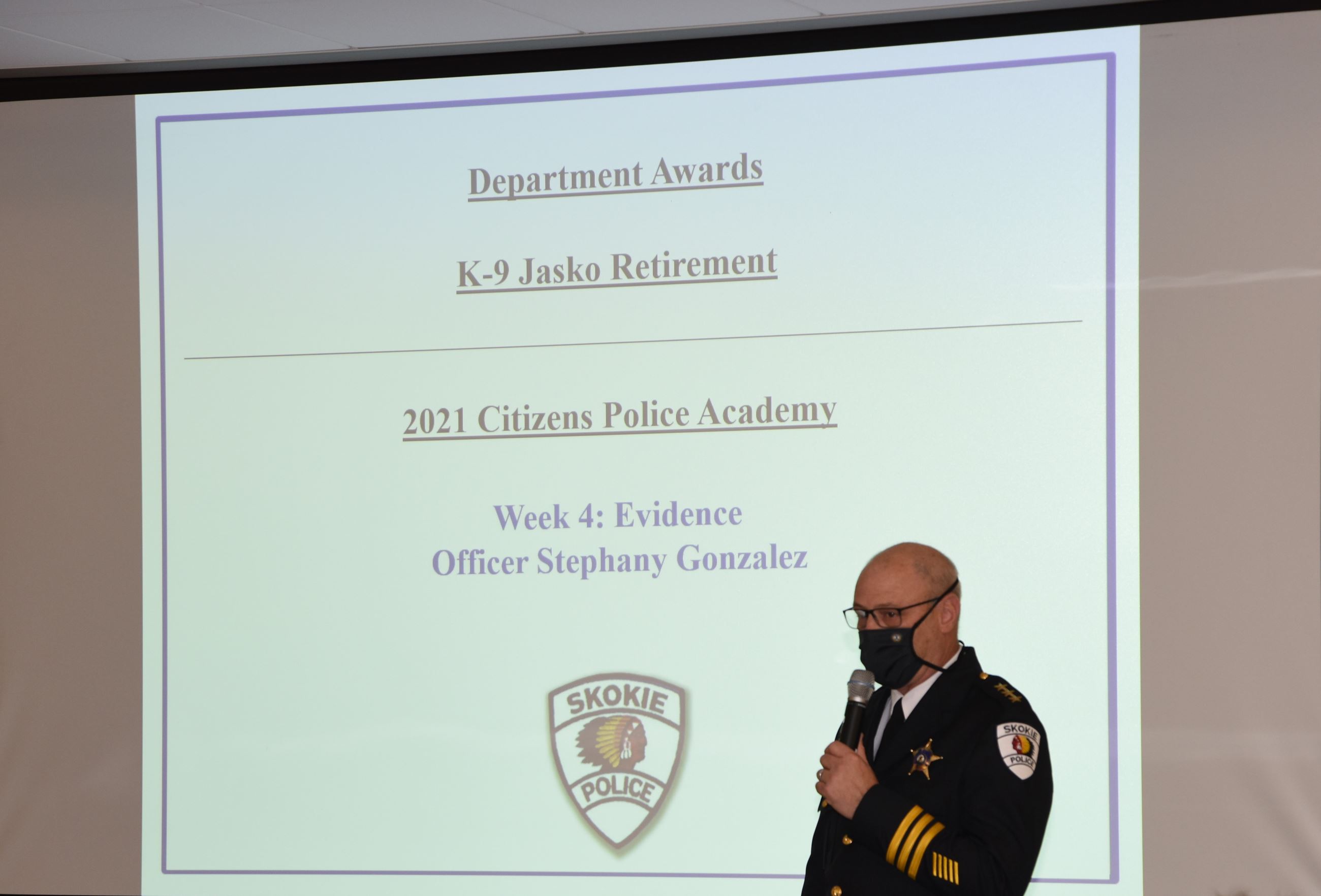 The award recipients are as follows:

An award presented to an individual who demonstrates exceptional performance or care in an effort to rescue or to save human lives, which without such intervention would likely have resulted in death or subsequent death despite such exceptional efforts.

An award presented to an individual for an outstanding act or achievement which brings credit to the Department and which involves performance above and beyond that which is dictated by the employee's basic job requirements.

An award presented to an individual displaying leadership during an individual or cooperative effort to solve a specific problem, reduce crime, or the fear of crime within the community, and whose efforts are conducted in a manner bringing credit to the Department; Exemplifying administrative initiative and effort contributing to the overall achievement of Departmental goals and objectives, thereby enhancing and improving the delivery of police services; Exhibiting great professional skill and conduct as a member of a unit or group during a coordinated action or effort in executing a specific objective.

An award presented to a citizen whose exemplary actions aided Skokie Police Department personnel in any duties in which the end result was beneficial to the Department.

An award presented to an individual who has received a bachelor’s degree or postgraduate degree from an accredited college or university.

Certificate of Appreciation by the Alliance Against Intoxicated Motorists Recipient:

A certificate award from the Alliance Against Intoxicated Motorists (AAIM) presented to an officer in recognition for commendable enforcement of impaired motorists.

Jasko, the Skokie Police Department’s dog in the Canine Unit, ‘retired’ after seven years of service to the Village.  Based on the Department’s K9 Module, Jasko and Officer Larson, Jasko’s handler, conducted 575 outside training exercises, 630 on-duty deployments, and over 100 off-duty calls. Jasko’s work consisted of narcotics searches, open-area searches for firearms or other evidence, searches for endangered missing persons, violent crime suspect tracking and apprehensions, and more. During his years of service to the Village, Jasko assisted several federal law enforcement agencies, including the Federal Bureau of Investigation and Bureau of Alcohol, Firearms and Tobacco, as well as the Cook County Sheriff’s Police and nearly 20 suburban police departments.  In addition, Officer Larson and Jasko conducted dozens of community engagements such as demonstrations for student groups, scout troops, Citizen Police Academies, and more.  During his retirement years, Jasko will live with Officer Larson and his family, as he did during his years of service.  The Canine Unit hopes to enlist a new member of the Skokie Police Department as a new handler by spring 2022.  Once an officer has been selected, they will attend a rigorous, eight-week canine training class during which they will be paired with a dog and begin to form the strong bond necessary in a Canine Unit. Once the training is complete, the dog and handler undergo state certification and continue weekly training.