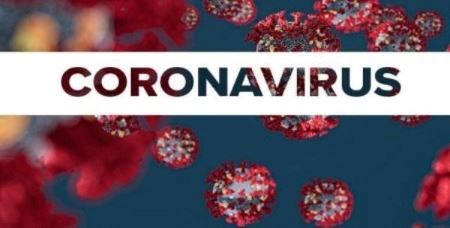 The Skokie Health and Human Services Department led the Village’s response to the pandemic, providing information to the community, working closely with the Centers for Disease Control, Illinois Department of Public Health and local partners all while undertaking contact tracing efforts and advising individual residents, long-term care facilities and others needing guidance as the pandemic conditions changed throughout the year. Employees in every Village department and division continue to assist with the response effort. 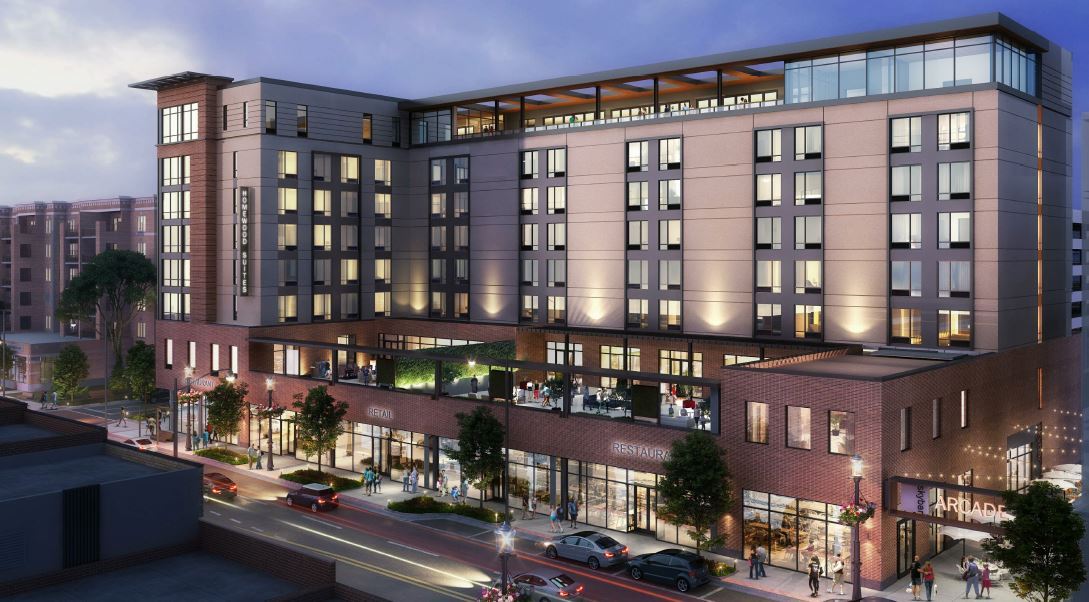 On December 7, 2020, the Skokie Village Board unanimously approved a Development Agreement between 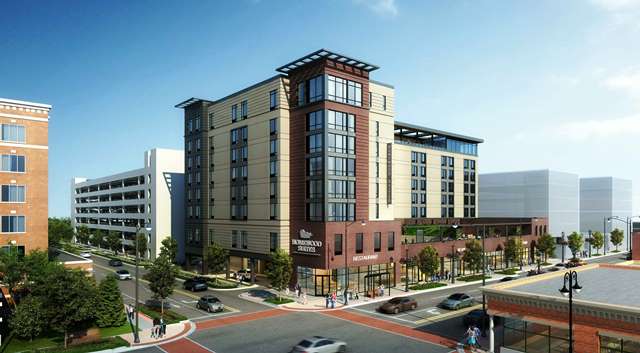 the Village and E&M Skokie, LLC to construct a 142-room Homewood Suites by Hilton on the northeast corner of Niles Avenue and Oakton Street. The hotel is anticipated to be under construction by summer 2021.
The new all-suites hotel will serve as an anchor and a needed amenity for Skokie and the region, and also the adjacent Illinois Science + Technology Park. The Village will purchase and retain the eastern portion of the property which includes Annie’s Pancake House which will continue to operate at its current location at 4900 Oakton Street.
In addition to the hotel rooms, the new Homewood Suites by Hilton Downtown Skokie Hotel will feature a rooftop bar and pub open to the public, 13,000 square feet of ground-floor retail, full amenities for hotel guests as well as 10,000 square feet of banquet and event space. In tandem with the new hotel development, public improvements will take place along Oakton Terrace that is on the north side of the development. A new parking garage that will be constructed north of the hotel will feature over 115 additional public parking spaces in addition to those needed by the hotel. 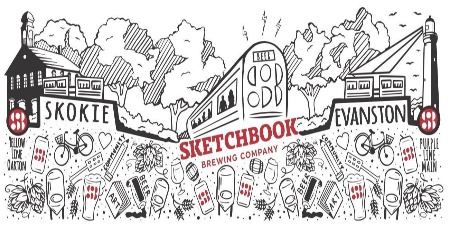 Sketchbook Brewing Company opened at 4910 Main Street, with brewing operations beginning in the spring followed by the tap room opening in late July.

The brewery and tap room quickly became a community favorite, with the Village supporting a local food truck initiative at the site on weekends, owners providing regular brewery tours and more. 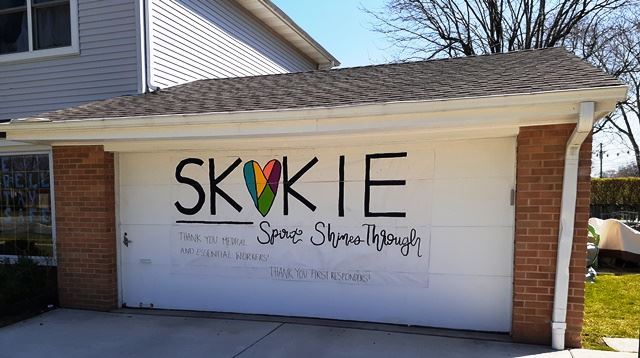 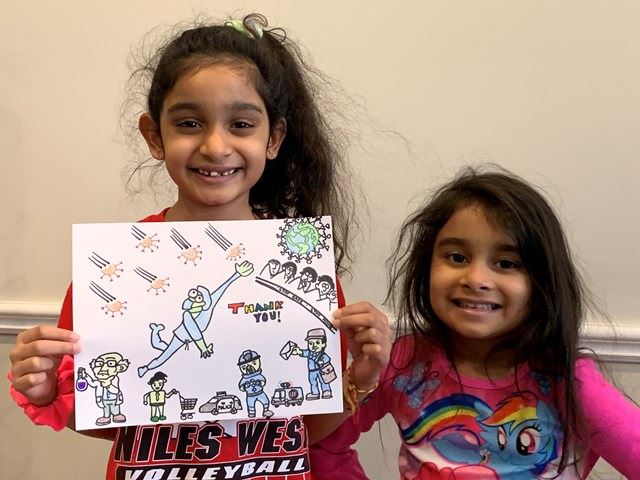 In late March, the Village launched the campaign that encouraged residents to submit photos and uplifting messages for a new section on the Village website. The Skokie Community Foundation quickly supported the campaign by launching a fundraising effort that resulted in Skokie residents and businesses donating more than $60,000 that Skokie Human Services staff used to help Skokie residents experiencing financial hardship due to the pandemic. 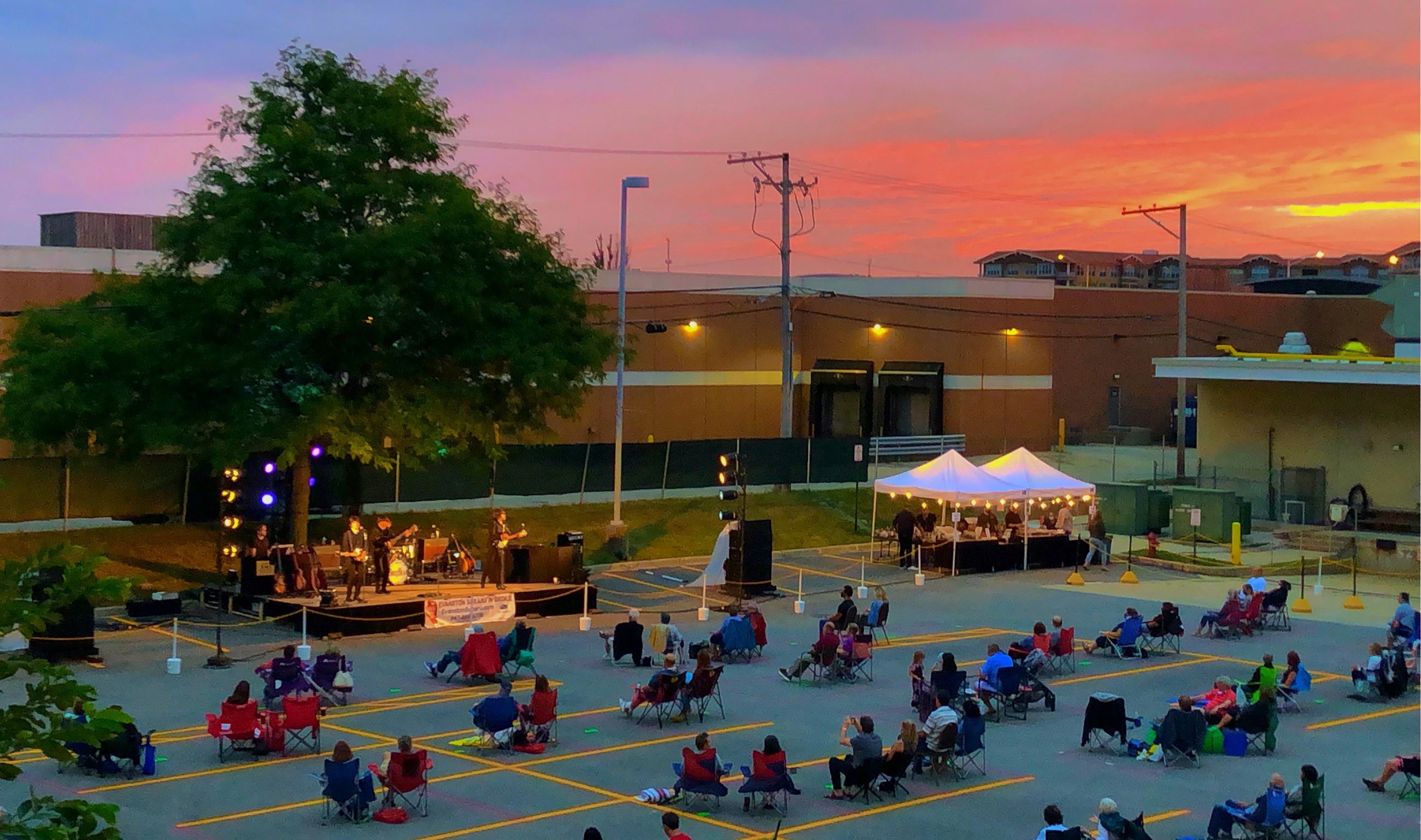 Skokie Businesses Do More to Meet the Moment

Whether large or small, 2020 was a challenging year for all Skokie businesses. They quickly stepped up to meet the community’s needs by offering curbside pick up and delivery service, special hours for vulnerable residents, erecting tents for outdoor dining, organizing outdoor concerts such as the one above showing Brit Beat performing at the North Shore Center for the Performing Arts in Skokie, donating food to essential workers and so much more, as seen in the photo to the right showing Skokie firefighters enjoying lunch brought to them by Skokie Panera Bread during late March.

See information about Skokie businesses that are open to serve the community during the COVID-19 pandemic. 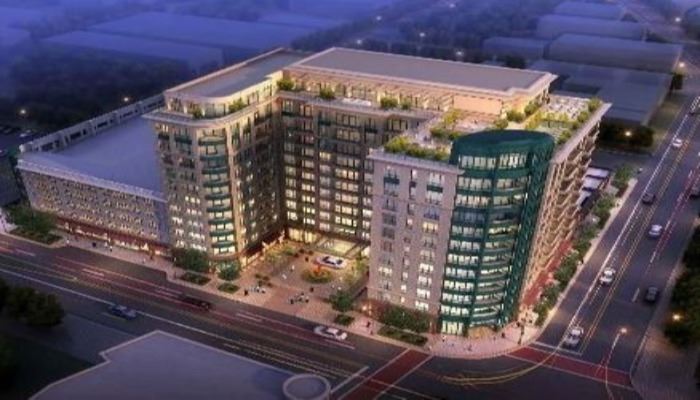 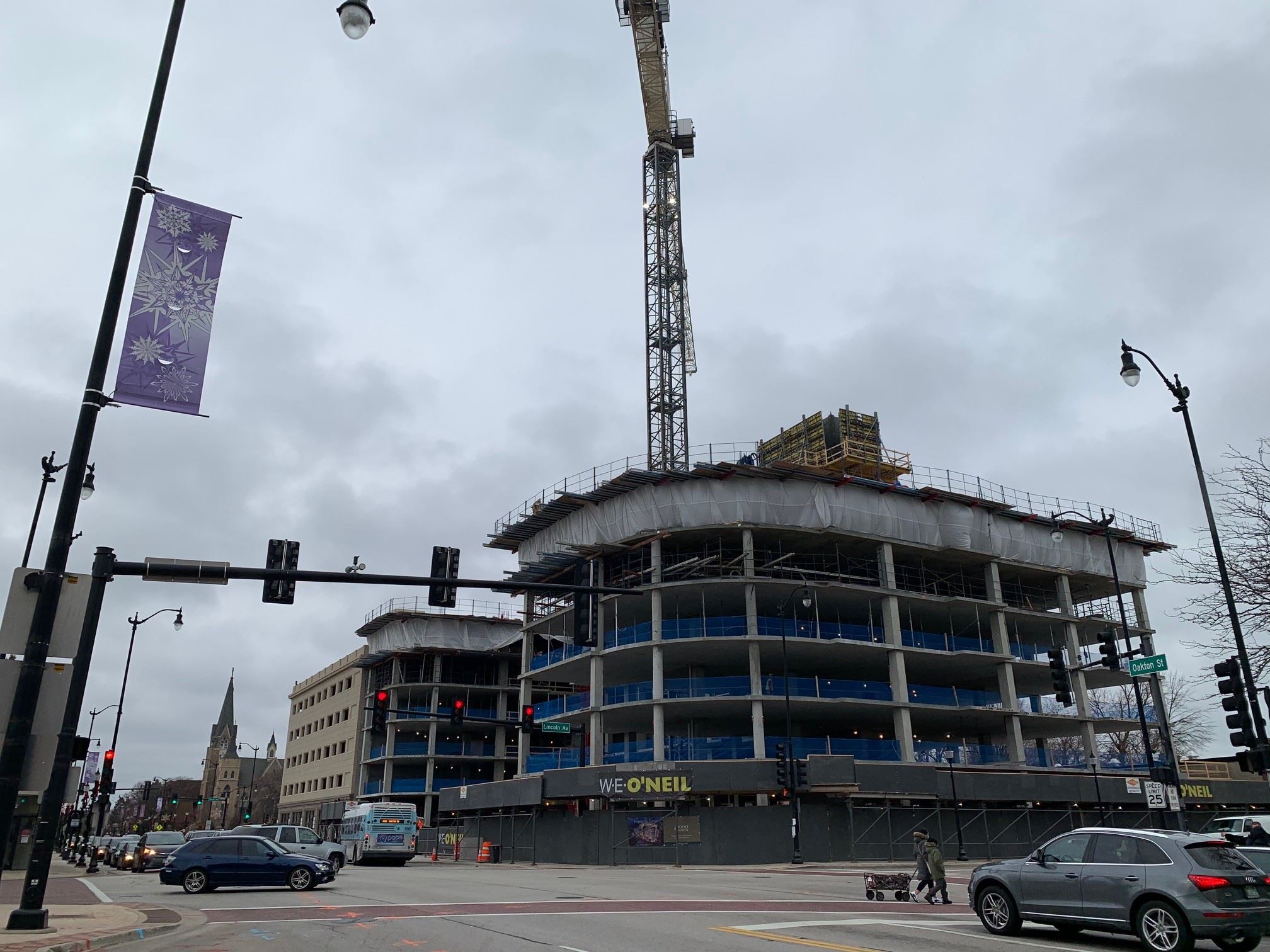 After delays due to permitting and financing issues, construction of the residential tower at the 8000 North development on the northwest corner of Oakton Street and Lincoln Avenue began in late October and continues at a rapid pace. The superstructure is slated to be topped off by early 2021, with occupancies in early 2022. The 12-story, $70 million residential and mixed-use tower will feature 153 luxury rental units ranging from studios to penthouse-level 3-bedroom apartments.

8000 North is the culmination of years of efforts by Village leaders to bring an architecturally-significant building to Downtown Skokie. Designed by award-winning, internationally-recognized architect Lucien LaGrange, 8000 North will be in the same league as the Waldorf Astoria Hotel, the Park Tower and the Ritz-Carlton Residences, all designed by LaGrange and located in Chicago’s Gold Coast.

The development is a public-private partnership between the Village and the developer, MDG 8000 North Lincoln. Building amenities will include art throughout the public spaces, a motor court, a rooftop deck and a gathering area that feature a fitness center, yoga studio, fire pits and barbecue grills. The ground floor will feature Shakou, a full-service Asian-fusion restaurant. Other commercial tenants and restaurants are expected to be signed prior to completion. The developers report that nearly 250 people have expressed interest in receiving leasing information for the apartments when available.

Construction updates and an interested parties list for those seeking information on leasing at 8000 North is available at www.8000north.com. 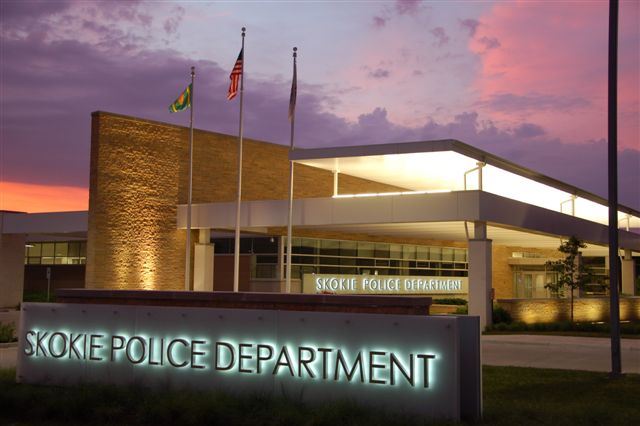 Community Review of the Skokie Police Department Use of Force Policy 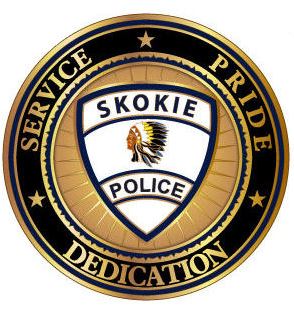 In early 2020, Skokie Mayor George Van Dusen took the Obama Foundation’s Reimagining Policing Pledge and committed to examining public safety policies through an equity lens. The Skokie Police Department’s Use of Force policy is reviewed annually. At Mayor Van Dusen’s request, the 2020-2021 review is being conducted by volunteer members of the Village’s Public Safety and Human Relations Commission, along with members of 16 invited community groups. Discussion meetings on the third Wednesday of each month at 7 p.m. can be viewed live on the Village’s YouTube and cable television channels.

See details on the community review of the Skokie Police Department use of force policy. 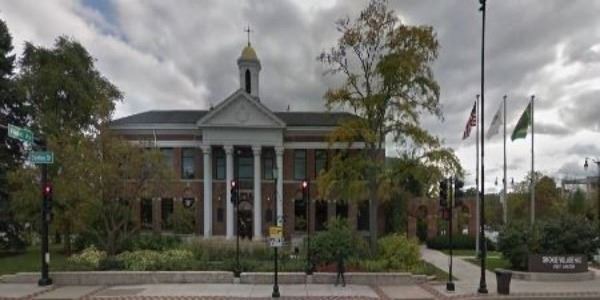 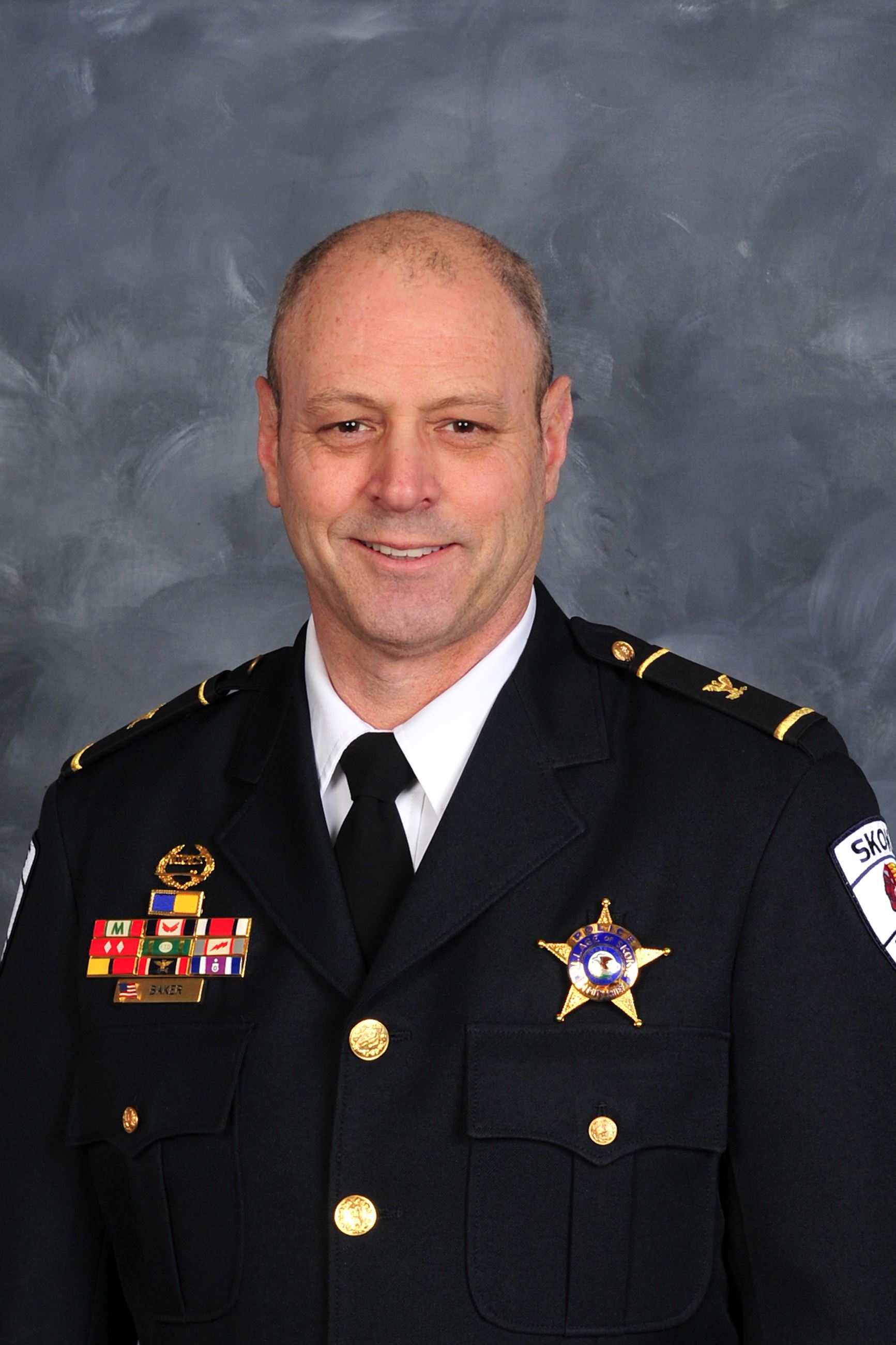 Baker, who has served as Deputy Chief since June 2014, succeeded retired Police Chief Anthony Scarpelli. Baker began his tenure with the Skokie Police Department in 1994, initially as a patrol officer, progressing to the ranks of sergeant and commander. In those roles, he led investigations, tactical intervention and special operations units for the department. Baker is an active leader in regional law enforcement initiatives. Since 2010, he has served as Team Commander for the Northern Illinois Police Alarm System Emergency Services regional SWAT team that encompasses 69 municipalities in five counties. He has extensive experience with regional terrorism training and communication, serving on several FBI task force groups and committees. He serves on the Anti-Defamation League’s Law Enforcement Advisory Committee, and led security operations for the Illinois Holocaust Museum & Education Center’s opening in April 2009.

Baker holds a Bachelor of Science degree from Iowa State University. He has attended Northwestern University’s Schools of Police Staff and Command, Police Supervision and the University’s Executive Management Program. He has earned numerous awards and honors, including the Chief’s Award of Merit, a Special Service Commendation and a Joint Operations Award from the Chicago Police Department. He served in the United States Army for 23 years, entering service as a Second Lieutenant and retiring with the rank of Major. See more information about the Skokie Police Department. 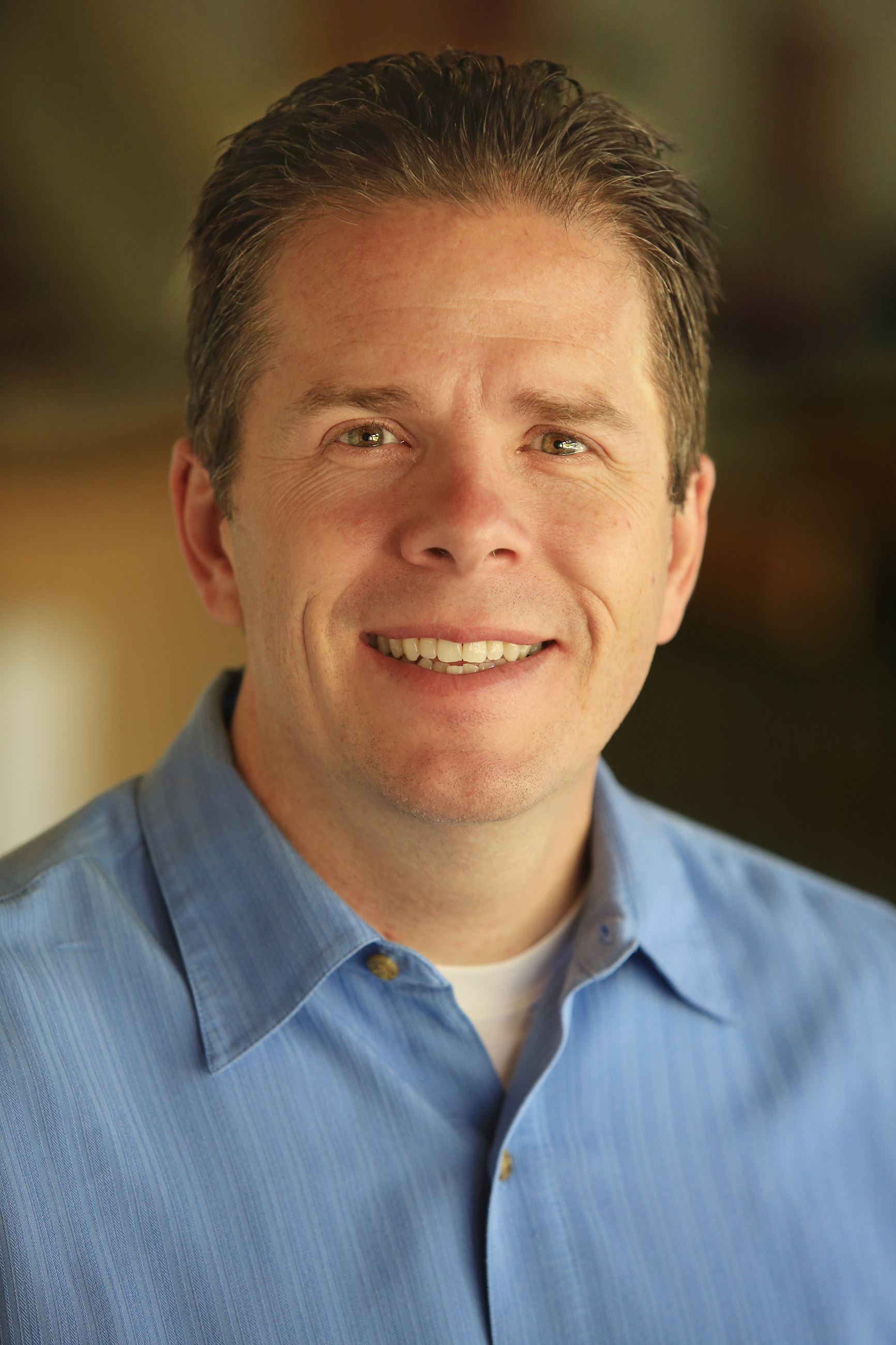 Effective November 16, 2020, Mike Charley began his tenure as Director of Health and Human Services for the Village of Skokie. For the past 17 years, Charley has been on staff with the Village of Oak Park Health Department, serving as the Public Health Director since 2016 after holding the positions of Acting Health Director and Environmental Health Supervisor. In late summer 2020, Skokie Health Director Dr. Catherine Counard resigned her position to become  Medical Officer of the Office of Health Protection at the Illinois Department of Public Health.

Charley’s background also includes involvement in numerous public health programs that mirror those undertaken by the Skokie Health Department, such as tobacco cessation, rodent control, West Nile Virus response and more. He has secured and administered millions of dollars in grants throughout his public health career. The breadth of Charley’s experience includes expertise in environmental health, having served as a sanitarian early in his career before progressing to an environmental health supervisor. In these roles, he worked closely with food establishments and institutions on inspection issues, foodborne illness and complaint investigations. Charley holds a Master of Science degree in environmental management and a Bachelor of Science degree in environmental health. See more information about the Skokie Health and Human Services Department.

In fall 2020, the Village launched the new campaign to bolster the community's spirits. What does the Village's new 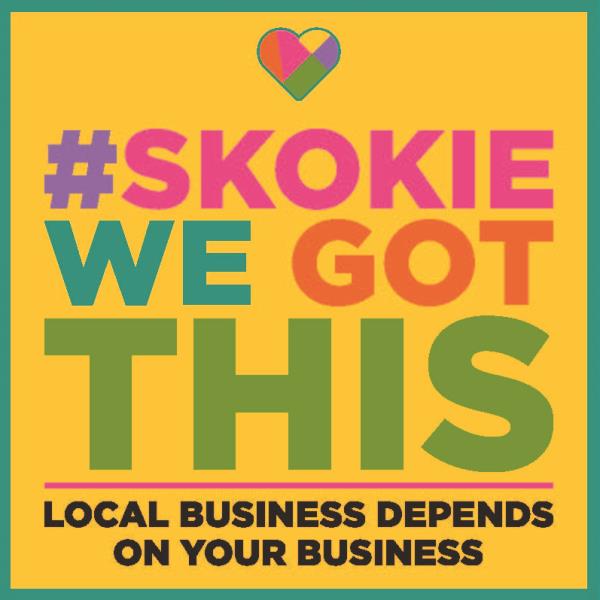 We can get through the challenges posed by COVID-19 together! We can wear masks, avoid gatherings, socially distance and wash our hands to keep us, our families and neighbors healthy and safe.

Need to buy something? Skokie's probably got it! With the wide variety of stores and great restaurants in Skokie, chances are that you can find whatever you need right here! When shopping and dining, always think Skokie first.

Skokie is fortunate to have a wide variety of stores and - of course - fabulous restaurants! No matter if you’re hungry for pizza, burgers, Thai, sweets or something else, Skokie restaurants have got you covered. They’re all just a call - or click - away. All of them have curbside and carry-out service, and some deliver.  Check out a list of Skokie restaurants with outdoor dining, curbside, carry-out and delivery service. 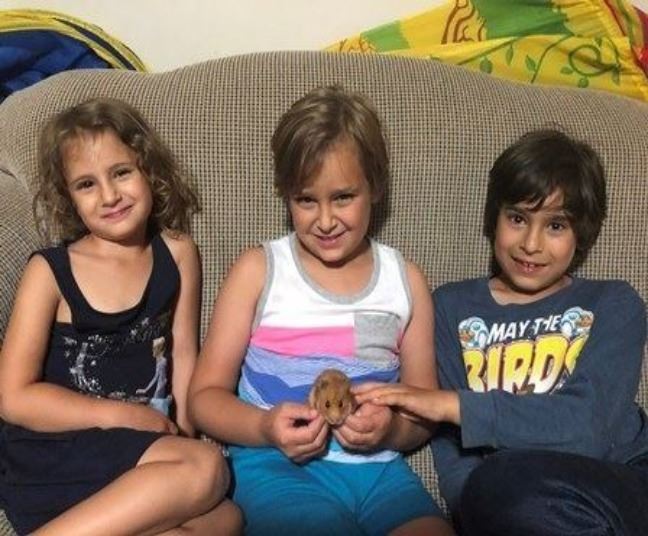 Early one mid-June afternoon, "Brownie" the hamster was taken for a neighborhood outing by owners David and Noah, only to escape and quickly shimmy u 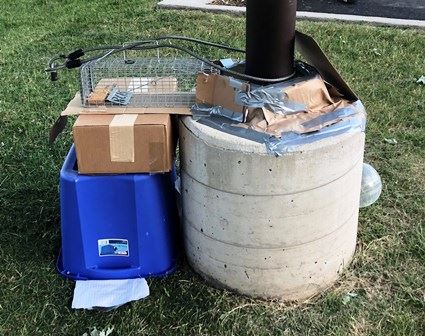 p a metal light pole at a nearby school parking lot. After trying to lure Brownie out with apples and carrots, and even knocking on the pole with no success, the family called Skokie Animal Control. Responding Animal Control Officer Ryan Reconnu and Community Service Officer Catala assisted by creating an elaborate trap for Brownie, complete with a peanut butter sandwich David and Noah provided as bait!

Later that evening, Brownie ventured back out of the light pole into the trap, and was successfully reunited with David, Noah and their sister Mira who wrote a note to Skokie Police to thank Animal Control officers for their help with the rescue mission. 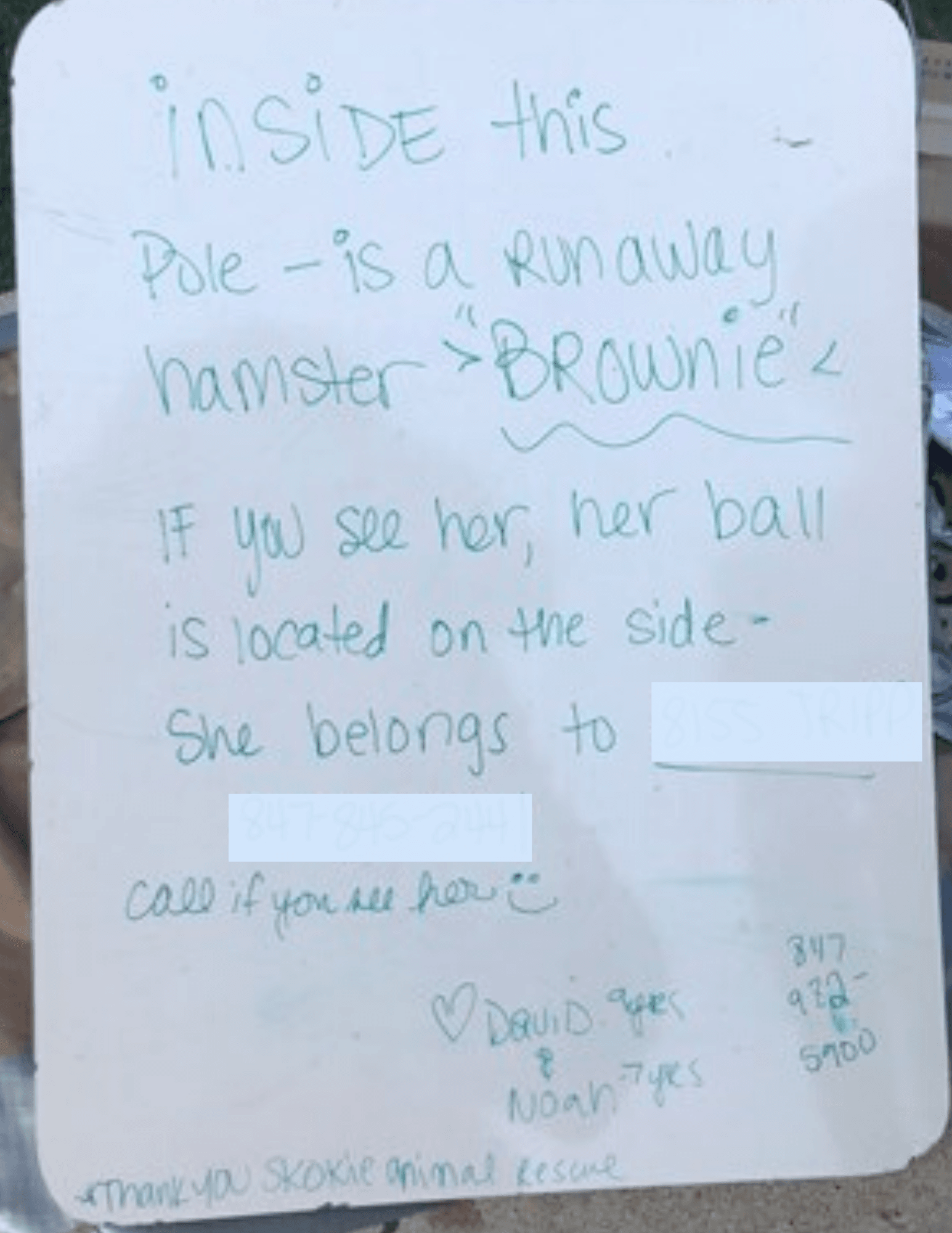